The field of nutrition is loaded with misinformation that most people in our country and around the world believe about proper nutrition.  "Healthy choices are based on correct information," according to JoAnn Rovig, Certified Lymphedema Therapist and Nutrition Therapy Practitioner.  This three part post can only cover a tiny fraction of the misinformation we have been bombarded with over the past half century.

It Starts With the Government

Everyone has heard of the USDA’s Food Pyramid, haven’t they?  Now it’s called MyPlate, but it still presents incorrect information about a healthy way of eating.  These terrible recommendations, which are more than just a little coercive in places such as schools and the military, were created through inept science, bad studies, huge egos, political expediency, and an unholy alliance between large food conglomerates and our government.  The USDA Food Pyramid was based on bad information from egotistical researchers, questionable politics, and fraudulent science.

Southpark Gets it Right 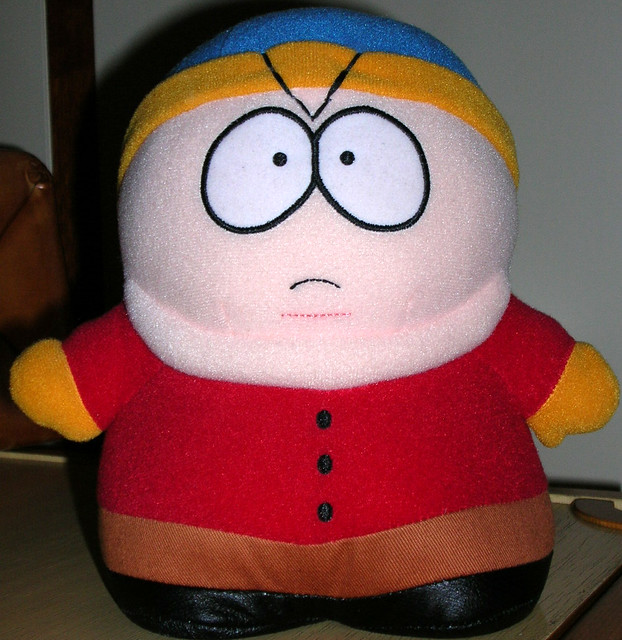 Episode 2 in Season 18 of South Park took on the food pyramid.  It was really well done, incorporating humor, debate, and a perspective that is different from mainstream TV and, at the end, they even showed the right way to correct the information in the food pyramid. Their solution came from Cartman who said,  “Turn that sucker upside down.” And when they did, they had a much healthier food recommendation.

Here’s the scientific explanation:  The food pyramid has carbs and starches on the bottom, meaning that they are recommending that the biggest portion of food should come from what is essentially sugar.  They recommend as much as 50% of calories coming from bread, pasta, rice, and other such starches. Remember, those turn to glucose when they are eaten and it shoots up blood sugar which in turn causes a sharp increase in insulin. One of the jobs of insulin is to take the glucose out of the blood and store it in fat cells.  The human body is intelligent. It knows that too much blood glucose is dangerous, causing all sorts of damage including vision impairment, peripheral neuropathy, and especially glycation which creates harmful molecules in virtually every body part.

The correct layout of a pyramid recommendation would have fat on the bottom and starches on the very top.  More information has come out in the past couple of years that eating fat, including saturated fat, does not cause any damage to the body.  When you eat fat, your body actually changes over from burning sugar to burning both the fat you eat and your stored body fat. This is the basis of the information I present on this website, but it bears repeating that you can either be a sugar-burner or a fat-burner.  If you have more than about 1 or 2 teaspoons of sugar in your blood, your pancreas will secrete insulin in order to sequester that sugar out of the blood and into cells. The insulin also puts a lock on the stored fat that’s already in your adipocytes (fat cells) so you cannot access it for energy.  Because insulin is so effective at removing sugar from the blood that hypoglycemia, or the low blood sugar crash that you may be familiar with, results.

That crash can be avoided if you base what you eat on fat.  We’re talking about 60% - 80% of your calories from fat. Very soon after changing over to eating lots of fat and very few carbohydrate, you will notice that you are not having regular episodes of low energy.  Your body can burn fat all day and night quite evenly. It’s a wonderful feeling.  You can learn more by following the research which I will post regularly on this website.  As we arm ourselves with knowledge, we no longer have to be part of this big nutritional experiment that has gone wrong.

The "Meat is Bad" Myth

Another myth that has been making headlines recently is that eating meat is somehow bad.  These types of “news” items pop up all the time. One example is this recent study.  The myth is based on the idea that a form of sugar that is found in very small amounts in mammalian flesh is incompatible with our bodies since we dropped the ability to use it.  It’s a sugar that’s called Neu5Gc, but all the cells in our bodies are covered with a different form of sugar called Neu5Ac. The difference is enough that our bodies will send out antibodies if it detects Neu5Gc, causing an inflammation response.  This information is not new.

Mice were used in this study, as is often done when first looking at an idea.  But the ability to translate this information to humans is limited.  (Note here: If you’re reading this, you’re not a mouse). That’s just one problem with this study. The researchers also fed the mice - now get this - 100 times the amount of Neu5Gc that you could possibly get by eating mammalian meat, and they fed the mice that diet for 1/2 their entire lifespans!  Robb Wolf, a Paleo blogger, says that there is probably some substance in every food that could cause some disease if it were eaten in excess, but 100 times of all you could ever consume for 1/2 a lifetime? Please... These types of tests prove exactly nothing. I will continue to eat mammalian meat as often as I please with no concern for this issue.

The Carnivore Diet by Shawn Baker

The Carnivore Code by Paul Saladino

The Vegetarian Myth by Lierre Keith

The Fat of the Land by Vilhjalmur Stefansson