The field of nutrition is loaded with misinformation that most people in our country and around the world believe about proper nutrition.  Even with multiple posts on this topic I can only cover a tiny fraction of the misinformation we have been bombarded with over the past half century.

We often read that a ketogenic way of eating is “not sustainable” on a personal level.  Funny, I’ve sustained it easily for 8 years so far. I can’t think of an easier way of eating.  Also, commonly, we’ll hear that this way of eating is expensive. Why should I worry about how much I’m spending on food if it’s the right food for my health?  Even if I could save money by eating a standard American diet (SAD), I wouldn’t want to, since my doctor bills would go up and my health would suffer. Which will you choose?  High food bills and good health, or low food bills and health problems.

It’s an easy choice for me, but it really isn’t one or the other. I have found that the food in a keto lifestyle is not more expensive than the processed, carbohydrate-laden so-called foods on SAD.  Look, for example, at how much such items as cereals and other packaged items are marked up for the very meager portion found in the box. Also, eating those carbs will stimulate your appetite to consume more. Fat and protein easily keep us satisfied and are much more energy efficient so we don’t need to eat excessively to keep up our energy and health.

Nobody Goes There Anymore Because It's Too Crowded 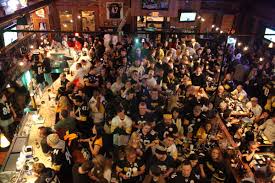 Another misleading idea that is constantly harped on is that weight loss is simply a matter of “calories in versus calories out.”  That the only way to lose weight is to focus on burning more energy than you consume. This has led to all sorts of agony, with people spending untold hours in the gym on treadmills or jogging for hours at a time in a futile effort to burn more calories than they have eaten.  What these poor people probably don’t understand is that a couple of chocolate chip cookies give them enough calories to run a 10K. You cannot outrun a bad diet.

More exercise only makes people hungrier.  There is no way to ramp up your metabolism enough to counter the increased amount of food you would need if you are exercising.

Let me also add that “calories in versus calories out” only describes the issue.  If you say that a bar is crowded because more people came in than went out, that may be a good observation, but it’s not an explanation.  Why is the bar full?  Maybe there’s a movie nearby that just got out.  Maybe they ran a special for happy hour. Those are explanations for why the bar might have many people inside.  With body weight, it’s the same. “Calories in versus calories out” only describes something.  An explanation for weight loss might be that the person got sick with a wasting disease.

There are many explanations for gaining or losing weight.  If someone wants to lose weight, it does them no good to hear “Well, you just need to burn more than you eat.”  Ketogenic eating is a way to lose extra fat that has a scientific explanation underpinning it.  Successful weight loss is hormonally based. It’s chemistry. Everyone’s body works the same. Eat carbohydrates and your body goes into sugar-burning and fat-storing mode. Any fat that is already stored in your body has now become inaccessible.  Eating fat liberates both you and your body fat.

The World Turned Upside Down by Richard D. Feinman